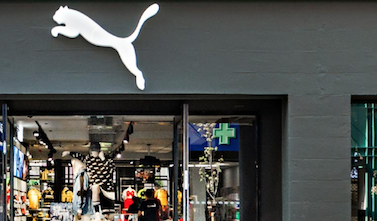 French luxury goods group Kering announced it would sell a 5.9% stake in German sportswear company Puma via a placement to investors as it focuses on higher-end luxury.

At Wednesday’s share price, the stake is worth about €833 million.

“Kering announces the launch of the sell-down of approximately 8.9 million shares that it owns in Puma SE, representing approximately 5.9% of the share capital of Puma, through a placement to qualified investors only … by way of an accelerated bookbuilding process …” said Kering

“Following the placement, Kering is expected to retain approximately 4.0% of Puma’s outstanding shares.

“As a result of the placement, Puma’s free float is expected to be increased to approximately 66.7%.

“The proceeds of this transaction will be used for the general corporate purposes of Kering and will further strengthen its financial structure.

“Kering and Artémis will be subject to a lock-up relating to the Puma’s shares, which is expected to end after a period of 90 calendar days from the settlement date of the shares, subject to certain exceptions or waiver by the joint global coordinators.

“Kering will announce the results of the placement after the close of the bookbuilding process.”