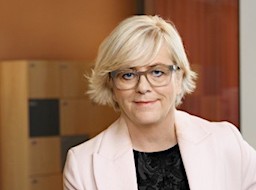 Icelandic State Financial Investments (ISFI) has announced that Iceland intends to launch an initial public offering (IPO) of Islandsbanki by next month and plans to sell a minimum of 25% of the bank’s shares.

This would be the first move in reducing the Icelandic state’s ownership of the banking sector about 13 years after it imploded during the 2008 financial crisis.

Islandsbanki saw its share price fall 75% in September 2008 before it was nationalised.

The Icelandic government paid €600 million for a 75% stake at the time, which included the issuance of new capital.

Islandsbanki could now be valued upwards of $1.1 billion in the IPO, Reuters reported.

“Bankasýsla ríkisins (Icelandic State Financial Investments, ISFI), on behalf of the Treasury of Iceland, and Íslandsbanki hf., confirm their intention to proceed with the next step towards an initial public offering and listing of shares in Íslandsbanki on Nasdaq Iceland,” said Islandsbanki.

“The intended IPO will consist of a secondary offering of shares in Íslandsbanki.

“The offering and timing thereof are subject to, among others, market conditions.

“Barring unforeseen circumstances, the offering could be launched as of Q2 2021.”

Bjarni Benediktsson, Iceland’s Minister of Finance, said: “The listing of Íslandsbanki on Nasdaq Iceland is an important first step to reduce the Icelandic state‘s significant ownership in the banking sector and will provide a clear path for the state to sell its remaining shares in the bank in the near future.

“Thereby we move one step closer to a healthier environment in our banking sector, such as those of our neighbouring countries in the Nordics.

“I am very pleased to see how well the process for the IPO, run by ISFI and its advisors, is going and look forward to see it successfully completed.”

Íslandsbanki CEO Birna Einarsdóttir said: “Since Íslandsbanki was reformed in 2008, we have followed a successful path which has led to the solid and sustainable banking platform we have today.

“We have a clear strategy for developing our business into the future and are focused on executing that strategy.

“With a strong digital offering, long-term customer relationships and a deeply ingrained service culture, we are proud of where we are and remain in an excellent position to capture the momentum ahead in Iceland.

“We have a clear path towards increased profitability and well-defined milestones towards double-digit RoE in the medium term, paving the way for capital return by regular dividend and return of excess capital.

“The bank’s management has a long history of delivering our strategic goals, and I am confident we will continue to do so in the future.”

Citigroup, Islandsbanki and JPMorgan are joint global coordinators for the IPO.