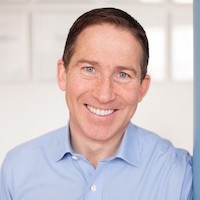 Venture capital group Highland Europe announced that it has closed its fifth fund, raising €1 billion to build on its strategy of backing the Continent’s founder-led teams in software and internet businesses.

David Blyghton, who joined Highland Europe in 2014, is promoted to partner in “a clear indication of Highland Europe’s commitment to nurturing internal talent.”

Highland Europe partner Fergal Mullen said: “We want to thank all of those European founders who chose to partner with us over the past ten years.

“It is their ambition, talent and drive that inspires us as we build category-defining businesses together.

“Current market conditions are not easy, but our founder-led companies continue to scale impressively and efficiently, with several world-leaders in the mix.

“We’re pleased that our investors share our conviction and thank them for their continued trust.”