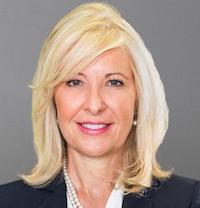 The company’s Chief Risk and Compliance Officer Lara Warner and its investment bank CEO Brian Chin are among more than half a dozen executives replaced in a management overhaul following the Archegos debacle.

The scandal-hit Swiss bank now expects to post a loss for the first quarter of around 900 million Swiss francs.

Proposed bonuses for Credit Suisse executive board members have been scrapped.

This is the second major scandal for Credit Suisse in just over a month following the collapse of supply chain finance firm Greensill Capital.

Credit Suisse Group CEO Thomas Gottstein said: “The significant loss in our Prime Services business relating to the failure of a US-based hedge fund is unacceptable.

“In combination with the recent issues around the supply chain finance funds, I recognize that these cases have caused significant concern amongst all our stakeholders.

“Together with the board of directors, we are fully committed to addressing these situations.

“Serious lessons will be learned. Credit Suisse remains a formidable institution with a rich history.”

Credit Suisse added: “We acknowledge that both the US hedge fund and the supply chain finance fund matters require substantial further review and scrutiny.

“The board of directors has launched investigations into both of these matters which will not only focus on the direct issues arising from each of them, but also reflect on the broader consequences and lessons learned.

“We have also undertaken senior management changes within the Investment Bank division and within the Risk and Compliance organization as separately announced today.”

On the management overhaul, Credit Suisse said: “As of May 1, 2021, Christian Meissner is appointed CEO of the Investment Bank and member of the Executive Board.

“Before this appointment, he held various senior positions at leading investment banks, including serving as Head of Global Corporate & Investment Banking at Bank of America Merrill Lynch.

“Prior to that, he was at Lehman Brothers from 2004-2008, where he served as Co-Head of EMEA Investment Banking and subsequently was Co-Chief Executive Officer EMEA.

“Joachim Oechslin is appointed ad interim Chief Risk Officer and member of the Executive Board on an ad-interim basis, effective April 6, 2021.

“Previously, Joachim was Munich Re Group’s Chief Risk Officer from 2007.

“Thomas has served as General Counsel and Member of the Executive Board of Credit Suisse (Schweiz) AG since 2016.

“All three will report to Thomas Gottstein.”