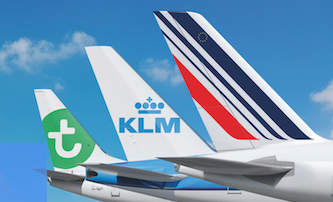 The European Commission has approved plans by the government of France to grant up to €4 billion for the recapitalisation of Air France through its Air France-KLM holding company.

The move will more than double the stake of the French state in Air France-KLM to nearly 30%.

The French government will convert a €3 billion loan granted last year into a perpetual hybrid bond instrument and subscribe to a €1 billion share issue.

Air France-KLM said the Dutch State is continuing discussions with the European Commission regarding potential capital-strengthening measures for KLM.

“At the same time, the public support will come with strings attached, in particular to ensure the French state is sufficiently remunerated, and further measures to limit distortions of competition.

“This gives competing carriers the chance to expand their activities at this airport, ensuring fair prices and increased choice for European consumers.”

Air France will give up 18 Paris Orly take-off and landing slots to competitors — but the reallocation of slots will be limited to Orly-based rival aircraft and crews will be employed on local contracts.

Delta Air Lines, which has an 8.8% stake in Air France-KLM, is not allowed to invest in the new deal under US federal aid rules.

China Eastern said it plans to acquire new stock while keeping its stake below 10%.

Air France-KLM announced its complex plan of capital-strengthening measures “with the objective of strengthening its balance sheet, preparing the recovery and repositioning the group on a sustainable financial trajectory.”

It said the plan involves a capital increase for up to €1 billion “with a priority subscription period for shareholders, subject to market conditions and the prior approval on the prospectus by the Autorité des marchés financiers (AMF) and … simultaneously, conversion of the €3 billion French State direct loan drawn into perpetual hybrid bonds instrument.”

Anne-Marie Couderc, chair of Air France-KLM board of directors, said: “Today’s announcement demonstrates both the strong commitment of the French State and the renewed support of the Dutch State to help the group weather this pandemic and this crisis.

“The commitment of our long-standing partner China Eastern Airlines to participate in the forthcoming capital increase also highlights a resolute confidence in the strengths and prospects of the Air France-KLM Group.”

Air France-KLM Group CEO Benjamin Smith said: “These first recapitalization measures are an important milestone for our group in this exceptionally challenging period.

“They will provide Air France-KLM with greater stability to move forward when recovery starts, as large-scale vaccination progresses around the world and borders reopen.

“Ensuring Air France- KLM maintains a sustainable financial trajectory is paramount to realizing our strategic plan, continuing the execution of our transformation plans at the group and at our airlines.”

“This latest tranche of state aid to Air France combined with these ineffective remedies will damage competition in the air transport market for decades to come,” the airline said in an emailed statement.

“The 18 slots that Air France is being required to make available is nowhere near enough to allow others to offer a competitive challenge to Air France’s dominance at Paris Charles de Gaulle and Paris Orly airports,” the statement said.