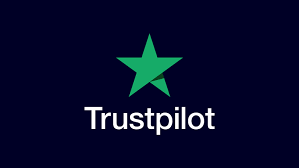 Denmark-based reviews website Trustpilot said on Monday it is considering an initial public offering (IPO) of at least 25% of the company on the London Stock Exchange.

The firm plans to raise an initial $50 million and is targeting a valuation of around £1 billion.

“The offer would comprise new shares to be issued by the company (raising gross proceeds of approximately US$50 million to support Trustpilot’s growth plans and repay indebtedness) and an offer of existing shares to be sold by certain existing shareholders, directors and employees … ” said Trustpilot.

“Immediately following admission, the company would have a free float of at least 25% of issued share capital and expects that it would be eligible for inclusion in the FTSE UK indices …

“It is expected that shares representing up to a further 15% of the offer will be made available pursuant to an over-allotment option.”

Trustpilot CEO Peter Holten Mühlmann added: “We have experienced strong growth as both consumers and business have joined, attracted to Trustpilot’s truly open platform where the integrity of reviews is critical.

“This growth has been supported by investment in a best-in-class technology platform.

“Accessible tools and analytics are provided by systems able to securely process 1,800 terabytes of data per month, and our AI tools seek out and remove fake reviews.

“Today is a significant landmark in our development.

“We believe that an IPO of the business will allow us to continue the momentum of recent years, providing a platform to deliver new products to more geographies, and succeed in our vision to become a universal symbol of trust.”