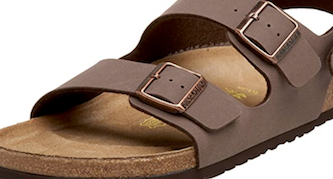 Financiere Agache, the family office of French billionaire and LVMH boss Bernard Arnault, is also taking part in the transaction.

Birkenstock said in a statement it reached an agreement to sell a majority stake to L Catterton, “the largest and most global consumer-focused private equity firm” and its affiliates including Financière Agache.

“The two brothers Christian and Alex Birkenstock and the management are entering this strategic partnership after carefully examining all options,” said Birkenstock.

“The expansion of the company’s shareholders is the next logical step for Birkenstock to facilitate further strong growth in future growth markets such as China and India.

“In Europe and America, Birkenstock will further expand its leading market position by investing in the German sites and expanding production, logistics and sales operations.

“At the same time the company plans to invest in the further development of its direct-to-consumer business and the expansion of its e-commerce platforms.

“The involvement of the new partners marks the latest highlight of a unparalleled success story in the global footwear industry, which started in 2012 with the formation of the Birkenstock Group under the leadership of Oliver Reichert and Markus Bensberg, the first non-family CEOs, and has since brought the company double-digit sales growth every year.”

Christian and Alex Birkenstock said: “For the next 250 years we need partners sharing the same strategic and long-term vision as the Birkenstock family.

“In L Catterton and Financière Agache, we have found those partners.

“They bring both a deep understanding of the details of a manufacturing business that is all about quality and a respect for brands with a long heritage like ours.”