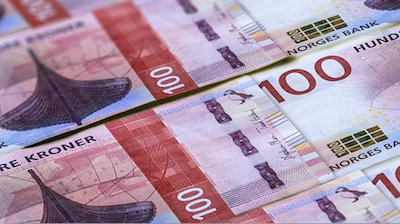 Norway’s $1.3 trillion sovereign wealth fund — the world’s largest — has reported its biggest loss on record amid a market it described as “characterised by rising interest rates, high inflation, and war in Europe.”

The Oslo-based fund lost 14.4% in the six months through June.

The loss of $174 billion (1.68 trillion Norwegian crowns) was the fund’s biggest ever in currency terms for a half year.

Founded in 1996, the sovereign wealth fund invests revenue from Norway’s oil and gas sector and holds stakes in more than 9,300 companies around the world, owning 1.3% of all listed stocks globally.

“The return on unlisted renewable energy infrastructure was -13.3 percent.

“The fund’s return was 1.14 percentage points better than the return on the benchmark index, equivalent to 156 billion kroner.”

“Equity investments are down with as much as 17 percent. Technology stocks have done particularly poorly with a return of -28 percent …

“All sectors have seen negative returns, with the exception of energy.

“In the first half of the year, the energy sector returned 13 percent. We have seen sharp price increases for oil, gas, and refined products.”

Reuters reported that the biggest losses in the fund’s stock portfolio came from Facebook owner Meta Platforms Inc where the value of the fund’s investment declined by 38 billion crowns, followed by Amazon with 35 billion and Apple with 30 billion.