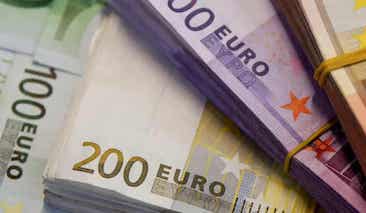 A European Central Bank (ECB) survey showed on Tuesday that Euro zone banks plan to sharply tighten access to corporate credit in the second quarter of 2022 as the war in Ukraine weighs on the outlook and reduces their risk tolerance.

“Banks referred to perceptions of increased risk and decreased risk tolerance, in the context of high uncertainty, supply chain disruptions and high energy and input prices, as factors behind the net tightening of credit standards for firms,” said the ECB.

“For the second quarter of 2022, banks expect a considerably stronger net tightening of credit standards for loans to firms, likely reflecting the uncertain economic impact of the war in Ukraine and the anticipation of less accommodative monetary policy.

“In addition, banks expect a moderate net tightening of credit standards for housing loans and for consumer credit and other lending to households.”

The ECB said banks reported, on balance, a continued increase in firms’ demand for loans or drawing of credit lines in the first quarter of 2022.

“Loan demand was driven by a strong positive impact of financing needs of firms for working capital, reflecting supply chain disruptions as well as precautionary inventories and liquidity holdings,” said the ECB.

“Fixed investment continued to have a positive impact on loan demand, but less than in the previous quarter.

“In addition, the low general level of interest rates as well as other financing needs, including mergers and acquisitions activity and debt refinancing and restructuring, contributed positively to loan demand from firms …

“According to the banks surveyed, access to wholesale funding deteriorated in the first quarter of 2022, reflecting tighter financial market conditions for banks.

“Banks reported that the ECB’s asset purchase programmes and the third series of targeted longer-term refinancing operations (TLTRO III) continued to have a positive impact on their liquidity position and market financing conditions.

“They expect this impact to become smaller in the case of TLTROs and negative for the ECB’s asset purchase programmes over the next six months.

“Banks also indicated that the ECB’s asset purchases programmes and the negative deposit facility rate (DFR) had a negative impact on their profitability, mainly via net interest income.

“This effect was mitigated by the ECB’s two-tier system for remunerating excess liquidity holdings and by TLTRO III.

“Banks expect the impact of the ECB’s asset purchase programmes to turn into a net tightening for lending conditions and a mostly negative impact for loan volumes over the next six months.

“For the negative DFR and TLTRO III, the net easing impact on bank lending conditions and the positive impact on lending volumes are generally expected to become weaker.”