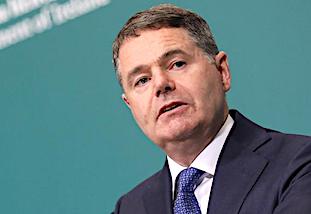 The government of Ireland has extended the sell down of its shares in Bank of Ireland for another six months after raising €532 million since last August by cutting its stake from 13.9% to below 5%.

“Proceeds generated from phase two of the trading plan that recently completed amounted to circa. €283 million and when combined with the first phase, brings total proceeds to date to €532 million.

“The average share price achieved in phase two of the trading plan was €5.64, up from an average of €4.96 in phase one.

“The State’s directed shareholding in the bank has now reduced from 13.9% last summer when the trading plan started, to less than 5% today.

Minister for Finance Paschal Donohoe said: “The share trading plan, which slowly sells our shares into the market, has enabled us to benefit from the gradual rise in Bank of Ireland’s share price since last summer and I believe it is in our best interest to extend the plan for a further period”.

Citigroup Global Markets Limited will continue to act on behalf of the Minister for Finance in executing the share trading plan.

The Department of Finance is being advised by N.M. Rothschild & Sons Limited and William Fry LLP in relation to this transaction.