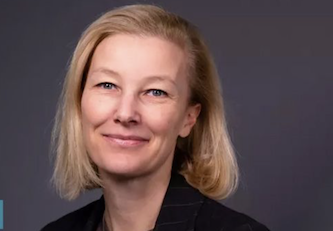 Global merger and acquisition (M&A) activity in 2022 has recorded a strong start with the number of completed deals valued over $100 million in the first quarter exceeding the same period last year, according to research from WTW’s Quarterly Deal Performance Monitor (QDPM).

The report showed valuations have been pushed up to new highs.

“This is the second highest Q1 result since 2008, achieved despite the sharp fall in SPAC deals recorded since the second half of 2021.

“Run in partnership with the M&A Research Centre at The Bayes Business School (formerly Cass), the data reveals an even higher number of mega deals (valued over $10 billion) closed in the last three months compared to the corresponding period in 2021 (six vs five), when the market experienced an extraordinary rebound in deal activity.”

Only completed M&A deals with a value of at least $100 million which meet the study criteria are included in the research.

Foreign takeovers of UK firms surged to the highest point since 2015 with 13 deals completed in Q1 2022.

“Many businesses attempting rapid transitions in areas of climate, technology, as well as inclusion and diversity, view strategic acquisitions as a key part of speeding up this change.

“So while geopolitical and economic volitility may be increasing, we are still seeing significant momentum driving M&A.

“Slow deals, those that took over 70 days to complete, were the best performers in the first three months of 2022, according to our M&A data.

“When you also factor in the additional complexities of ESG, investing more time and resources to ensure quality due diligence in a potential deal, instead of moving too fast, can only help reduce risk and generate value.”

A direct impact of the sustained high levels of global M&A activity has been to push valuations to new highs, potentially a major factor for acquirers that struggled to unlock value from deals during Q1 2022.

“Based on share-price performance, companies that completed deals valued over $100 million underperformed the World Index by -4.4pp (percentage points) on average during this period,” said WTW.

“All regional acquirers, except in Asia-Pacific, underperformed in Q1 2022. APAC acquirers outperformed their regional index, showing an overall performance of +13.3pp with 46 deals closed in Q1 2022.