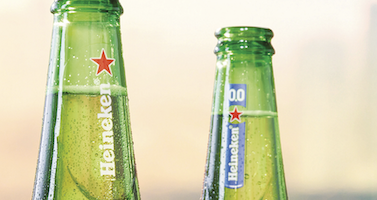 European brewing giants Heineken and Carlsberg said on Monday they will quit Russia as they join the exodus of Western companies leaving Russia following its invasion of Ukraine.

Netherlands-based Heineken said it expects to book related charges of €400 million due to the move and said it would guarantee the salaries of its 1,800 employees in Russia until the end of the year.

Carlsberg said it deeply regretted the consequences of the decision for its 8,400 employees in Russia and that “until the completion of the process, we will maintain the recently announced reduced level of operations to sustain the livelihoods of these employees and their families.”

Denmark-based Carlsberg said its move will result “in a substantial non-cash impairment charge.”

Heineken said in a statement: “We are shocked and deeply saddened to watch the war in Ukraine continue to unfold and intensify.

“We earlier announced that Heineken stopped new investments and exports to Russia, ended the production, sale and advertising of the Heineken brand, and announced that we will not accept any net financial benefits or profit from our business in Russia.

“Following the previously announced strategic review of our operations, we have concluded that Heineken’s ownership of the business in Russia is no longer sustainable nor viable in the current environment.

“As a result, we have decided to leave Russia.

“We aim for an orderly transfer of our business to a new owner in full compliance with international and local laws.

“To ensure the ongoing safety and wellbeing of our employees and to minimise the risk of nationalisation, we concluded that it is essential that we continue with the recently reduced operations during this transition period.

“In all circumstances we guarantee the salaries of our 1,800 employees will be paid to the end of 2022 and will do our utmost to safeguard their future employment.

“We will not profit from any transfer of ownership and we expect an impairment and other non-cash exceptional charges of approximately €0.4 billion in total.

“Upon completion of the transfer Heineken will no longer have a presence in Russia.

“We continue to hope that a path to a peaceful outcome emerges in the near term.”

Carlsberg Group CEO Cees ‘t Hart said in a statement: “The war in Ukraine, and the escalating humanitarian and refugee crisis, shocks us all.

“We continue to strongly condemn the Russian invasion, which has led to so much loss of life, devastation and human tragedy.

“On 9 March, we announced a strategic review of the Carlsberg Group’s presence in Russia.

“Based on this review, we have taken the difficult and immediate decision to seek a full disposal of our business in Russia, which we believe is the right thing to do in the current environment.

“Upon completion we will have no presence in Russia.

“As a result of this decision, our business in Russia will no longer be included in the group’s revenue and operating profit.

“From an accounting perspective, the business will be treated as an asset held for sale until completion of the disposal.

“The business will be reassessed at fair value, which will result in a substantial non-cash impairment charge.

“In 2021, the business in Russia reported revenue and operating profit of DKK 6.5bn and DKK 682m respectively.

“We will later provide further details on the accounting impact of the planned disposal and the reintroduction of earnings guidance.

“We deeply regret the consequences of this decision for our 8,400 employees in Russia.

“Until the completion of the process, we will maintain the recently announced reduced level of operations to sustain the livelihoods of these employees and their families.

“Any profits generated during the humanitarian crisis will be donated to relief organisations.

“Our thoughts are with the people of Ukraine and we call for peace to be urgently restored.”