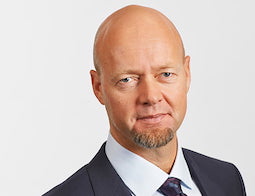 Deutsche Bank has nominated Yngve Slyngstad, the former CEO of Norway’s sovereign wealth fund, to its supervisory board.

“Slyngstad would succeed Gerhard Eschelbeck, who will not stand for re-election when his five-year term ends at this year’s AGM.”

Mayree Clark, chair of the Deutsche Bank supervisory board’s nomination committee, said: “We will benefit from his network in the global financial industry and his vast experience as one of the pioneers of sustainable investing, as well as his current focus on cutting edge matters related to climate change and energy transition.”

“Deutsche Bank plays a crucial role in the development of Europe’s financial industry and will play an important role in the financing of the transition to a sustainable and carbon-neutral economy.

“Subject to the vote at the AGM, I would be delighted to contribute to the further development of Deutsche Bank’s strategy.”