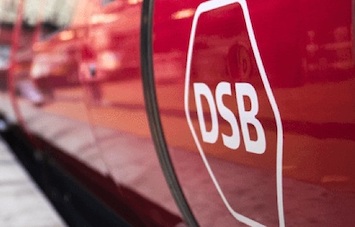 “The new electric train sets will be the backbone of future public transportation in Denmark and the investment is a significant contribution to the green transition of Danish society,” said DSB CEO Flemming Jensen.

“DSB is very pleased with the long-standing cooperation with the EIB and the trust and confidence which the EIB shows by providing long-term financing for DSB.

“It is very satisfactory for DSB that our initiatives and plans for more sustainable public transportation are recognised and that we on that basis can attract financing from one of the most trustworthy lenders in the market.”

The trains will primarily be used on the Danish core network, connecting Jutland with the Copenhagen region, while part of the rolling stock will also serve the Sjᴂlland region.

“We should not underestimate the importance and contribution of rail traffic to limiting the impact of climate change.

“The quality of services and comfort of trains are important factors in encouraging people to shift away from commuting by car to using public transport.”

Danske Statsbaner (Danish State Railways) or DSB is an independent public state-owned corporation under the Danish Ministry of Transport and Energy.

DSB employs about 7,400 staff and serves more than 195 million passengers each year.

The European Investment Bank is the lending arm of the European Union. It is the biggest multilateral financial institution in the world and one of the largest providers of climate finance.