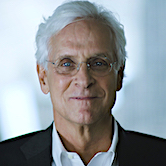 Luxembourg-based CVC Capital Partners, Europe’s biggest private equity firm, announced that co-founder and co-chair Steve Koltes will step down from an active role on October 1, 2022, to “focus on his private interests.”

The news comes as CVC prepares for a stock market listing that could value the firm at more than €20 billion.

Koltes will remain on CVC’s board of directors in a non-executive capacity.

Reuters reported that CVC has been one of the most active investors during the pandemic, buying Unilever’s tea business for €4.5 billion in November and then clinching a €1.9 billion deal to invest in Spain’s top soccer league in December.

The firm has backed both Formula One and the Six Nations rugby tournament and is also one of the bidders in talks for a stake worth €1.5 billion euros in the French soccer league’s media rights business.

“In 1993, he and his colleagues including his fellow co-chairs Donald Mackenzie and Rolly van Rappard established CVC Capital Partners.

“Since then, CVC has grown into one of the world’s leading private equity and investment advisory firms with a network of 25 offices and approximately US$125 billion of assets under management across six private equity, secondary and credit strategies. ”

The CVC board said in a statement: “In all his years with the firm Steve has been a tower of both wisdom and determination and will be missed by all of us.

“He leaves CVC as a world-leading investment firm with a superb team and a wealth of opportunities for further growth.”

Donald Mackenzie said: “Steve and I have been good friends, business partners and fellow deal-makers from the very earliest days of CVC.

“I will greatly miss his balance and his stewardship of the culture of CVC, and I know that everyone in CVC feels the same.”

Rolly van Rappard said: “Steve is my close friend and collaborator both inside CVC and on a personal level.

“Over our 34 years of shared history, my colleagues and I always turned to him as a voice of conscience for the firm.

“He has chosen to move on with the business in its best condition ever.

“While his decision is understandable, there is no doubt that we all will miss him very much.”

Koltes said: “CVC outgrew a dependence on any single individual or group of individuals long ago.

“The firm attracts, motivates and energises a collection of talent second to none.

“For everything I can do well, there are dozens in the firm who can do it better.

“After 34 glorious years with this very special place, that’s the best sign that my job is done.”