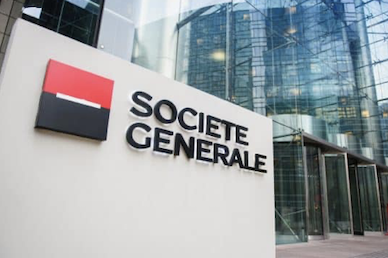 French bank Societe Generale announced its car leasing division ALD has agreed to buy Dutch rival LeasePlan for €4.9 billion in shares and cash from a consortium led by TDR Capital to create a total combined fleet of around 3.5 million vehicles.

Societe Generale said it would commit to remain the long-term majority shareholder of the combined entity with a 53% stake, with LeasePlan shareholders retaining a 30.75% stake.

Under the proposed deal, ALD would acquire 100% of LeasePlan through a combination of shares and cash for €4.9 billion, and LeasePlan’s shareholders would receive shares representing 30.75% of ALD and €2 billion in cash.

The cash part of the deal would be financed by ALD through a €1.3 billion rights issue and the use of around €700 million of surplus capital.

LeasePlan’s shareholders would commit to a 12-month lock-up post closing, followed by a 24-month period “with orderly sale provision.”

“Over the past 10 years, thanks to long-term vision and rigorous execution, we have positioned ALD to take advantage of the tremendous growth potential in the sustainable mobility market.

“In line with Societe Generale group’s corporate purpose and notably to actively support economies as well as our customers in their energy transition, the combined entity will aim to become, in the medium term, a third pillar alongside, on one hand, the retail banking and insurance, and on the other hand, corporate and investment banking businesses, reinforcing the balance of the group’s business model.

“More generally, this proposed acquisition is fully in line with the group’s strategy to deliver profitable and sustainable growth and strong value creation for its shareholders.”