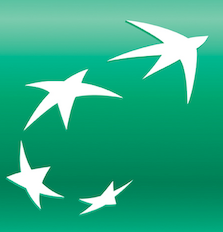 France’s BNP Paribas said it has reached an agreement to sell its San Francisco-based Bank of the West to Bank of Montreal — also known as BMO Financial Group — for $16.3 billion in cash.

If the deal goes through, BNP Paris would become the latest European bank to exit US retail banking.

BNP Paribas said it would use the proceeds from the sale to fund more share buybacks, to finance bolt-on acquisitions and further develop its presence in both Europe and the United States.

The French bank still has a strong corporate and institutional banking franchise in the US.

“The transaction is expected to formally close during the course of 2022, upon customary condition precedents, including the approval of the relevant antitrust and regulatory authorities … ” said BNP Paribas.

“In terms of distribution policy to shareholders, the group intends to make an extraordinary distribution in the form of share buy backs following the closing of the transaction, to compensate the expected dilution of the earning per share.

“As an indication, a share buy-back program of approximately 4 billion euros would fully neutralize the EPS dilution …

“BNP Paribas intends to redeploy the remaining proceeds (equivalent to approximately 7 billion euros in capital release), over time and in a very disciplined way, with the aim of improving long-term value creation through acceleration of organic growth, in particular in Europe, targeted investments in technologies and innovative business models, and bolt-on acquisitions in value-added businesses …

“BNP Paribas benefits from a long-term presence in the United-States, and notably a strong Corporate & Institutional Banking franchise, recently reinforced with the development of prime brokerage activities.

“The terms of the transaction do not have any significant impact on these businesses.

“BNP Paribas will continue to consolidate and further develop its activities in the United States, as a strategic pillar to better serve global clients’ needs.”

BNP Paribas CEO Jean-Laurent Bonnafé said: “This is a value accretive transaction for all sides, which emphasizes the quality of Bank of the West franchise.

“In the name of BNP Paribas, I would like to deeply thank all Bank of the West teams for their achievements and contributions for the development of the bank.

“Moreover, BNP Paribas’ set-up in the United States remains a strategic pillar for the development of our Corporate and Institutional franchise.

“With this transaction, BNP Paribas also reaffirms its commitment to deliver value to all its stakeholders.”