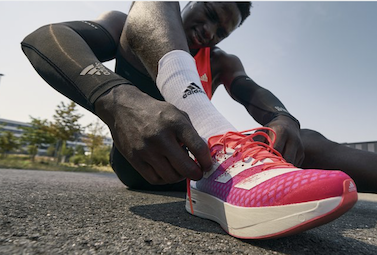 Germany’s Adidas has announced it will launch a multi-year share buyback program.

As with previous share buybacks, Adidas intends to cancel most of the shares repurchased.

“Taking into consideration the €1 billion share buyback completed in 2021 already, the company intends to return up to €5 billion to its shareholders through regular share buybacks alone during the five-year strategic cycle,” said Herzogenaurach-based Adidas.

“The buyback activities are complemented by the company’s annual dividend payouts in a range of between 30% and 50% of net income from continuing operations.

“Strong shareholder returns are a key component of Adidas’ new strategy ‘Own the Game’.

“As part of  ‘Own the Game’, Adidas plans to generate substantial free cash flow until 2025 and return the majority of it – between €8 and 9 billion – to its shareholders via dividend payments and share buybacks.

“In addition, the company plans to return the majority of the cash proceeds from the Reebok divestiture to the shareholders after closing of the transaction, which is expected in the first quarter of 2022.”

Adidas agreed in August to sell Boston-based Reebok to Authentic Brands Group (ABG) for up to €2.1 billion.

“Over the next couple of years, our business will become significantly more cash generative than ever before”, said Adidas CFO Harm Ohlmeyer.

“And we will hit the road running in 2022: Driven by strong top- and bottom-line improvements, we will once again generate a high free cash flow, which we will almost entirely return to our shareholders next year.”