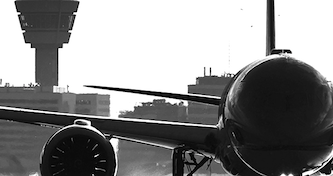 “The Commission is concerned that the proposed transaction may reduce competition in the markets for passenger air transport services on Spanish domestic routes and on international routes to and from Spain,” said the Commission.

Air Europa, currently part of Globalia, a Spanish tourism group, is the third largest airline in Spain after IAG and Ryanair and the only other network carrier having hub-and-spoke operations at the Madrid airport.

Before the coronavirus crisis, Air Europa served 62 destinations, primarily in Europe and South America. Air Europa is a member of the SkyTeam alliance.

Commission executive vice-president Margrethe Vestager said: “IAG, which flies with Iberia and Vueling among others, and Air Europa are leading airlines in Spain.

“They are also key providers of connectivity between Spain, the rest of Europe and Latin America.

“We will carefully assess whether the proposed transaction would negatively affect competition on domestic, short-haul and long-haul routes to and from Spain, possibly leading to higher prices and reduced quality for travellers.

“Although the financial situation of many airlines is still fragile, there are signs that demand for air transport services is recovering from the coronavirus crisis.

“It is important to ensure that the recovery of the sector takes place in a competitive environment preserving sufficient choice for travellers.”