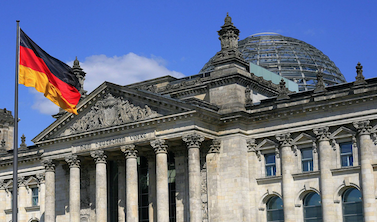 Germany’ federal cabinet on Wednesday approved a draft budget for 2022 that includes new debt of €99.7 billion to finance more Covid-19 measures — taking total pandemic-related borrowing for the 2020-2022 period to €470 billion.

A fiscal plan to 2025 was also approved.

“In addition, the numbers show that the federal government is in good fiscal shape.

The draft 2022 budget provides for €51.8 billion in investment spending.

The rescue and stimulus packages have been financed with record new borrowing of €130 billion in 2020 and €240 billion in 2021 for which an emergency clause was used to suspend debt limits in the German constitution.

The limits will now have to be suspended for a third year to allow for €99.7 billion of borrowing in 2022.

“Germany remains in an unusual emergency situation that is beyond governmental control and has a major adverse impact on public finances,” added the German government.

“As a result, it will continue to see marked tax revenue shortfalls compared with the levels anticipated before the crisis.

“At the same time, the government needs to persevere with its successful crisis response.

“It will continue to deploy significant funds to fight the pandemic itself and boost the economy.

“Nonetheless, the German government will borrow significantly less in 2022 than in 2021.

“Overall, the government plans to take on €99.7bn in new debt in 2022 to finance revenue shortfalls and additional spending.

“The general government debt ratio is thus significantly lower than it was following the economic and financial crisis, when government debt climbed to 82.3% of GDP in 2010.

“In the years after 2023 that are covered by the fiscal plan, new borrowing will be reduced significantly.