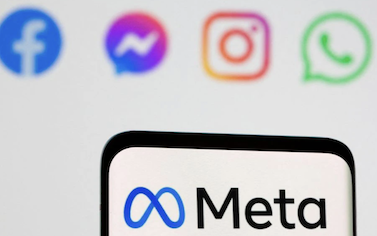 Ireland’s Data Protection Commission (DPC) has fined Meta €390 million for breaches at its Facebook and Instagram services and said both must reassess the legal basis on how they run advertising based on personal data in the European Union.

The DPC is Europe’s lead watchdog for Silicon Valley tech firms including Meta which have set up their European headquarters in Ireland.

“The Data Protection Commission (DPC) has today announced the conclusion of two inquiries into the data processing operations of Meta Platforms Ireland Limited (Meta Ireland) in connection with the delivery of its Facebook and Instagram services …” said the DPC.

“Meta Ireland has also been directed to bring its data processing operations into compliance within a period of 3 months.”

The DPC said the inquiries concerned two complaints about the Facebook and Instagram services, each one raising the same basic issues.

The complaints were made on 25 May 2018, the date on which the GDPR came into operation.

Meta told Bloomberg that it “strongly disagrees” with the Irish authority’s findings and will appeal.

“These decisions do not prevent targeted or personalized advertising on our platform,” Meta said in an emailed statement. “The decisions relate only to which legal basis Meta uses when offering certain advertising.”