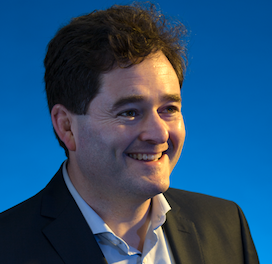 Bank of Ireland announced that Gavin Kelly will be appointed as interim group chief executive officer and executive director with effect from September 3, 2022.

The bank said it is making “good progress” on the process to appoint a permanent successor to outgoing CEO Francesca McDonagh.

The Irish Times newspaper has reported that Bank of Ireland’s former chief financial officer, Myles O’Grady, is the bank’s choice to succeed McDonagh on a permanent basis.

Bank of Ireland chairman Patrick Kennedy said: “I would like to congratulate Gavin on his appointment as Interim Group Chief Executive Officer.

“Gavin brings a wealth of experience to this role.

“He was appointed Chief Executive Officer, Retail Ireland, and a member of the Group Executive Committee, in March 2018.

“In this role, Gavin oversaw the provision of banking products and related financial services to personal, business and wealth and insurance customers.

“Since Gavin joined Bank of Ireland in 2007 he has held a number of senior management positions including, Chief Information Officer, Director of Distribution Channels and Director of Consumer Banking.”