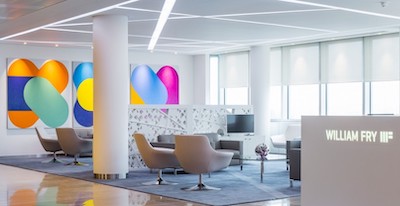 A total of 122 deals were recorded in the Irish mergers and acquisitions (M&A) market in the first six months of 2022 — a drop of 14% on the first half of 2021, which was considered an “outlier” year — according to a report from Dublin-based corporate law firm William Fry.

The largest deal of 2022 so far was SMBC Aviation Capital’s acquisition of aircraft leasing rival Goshawk Management valued at €1.5 billion.

Overseas acquirers conducted nine of the top 10 deals, with 92 inbound deals in the first six months of 2022 worth a total of €5.8 billion.

Accounting for 32% of all transactions, the financial services sector was the dominant sector in Irish dealmaking during the first six months.

This was driven by consolidation within the insurance sector, with the largest such deal being the acquisition of Gallivan Murphy Insurance Brokers by US-based insurance broker AssuredPartners for €100 million.

In terms of deal value, the technology, media, and telecoms (TMT) sector was the dominant sector within the market, accounting for 29% of total Irish M&A during the first half of the year.

Seven of the 20 largest deals recorded were private equity-related transactions, with the largest of the deals being Brookfield Asset Management’s €1.1 billion acquisition of Hibernia REIT.

Though strong activity in the mid-market accounted for 84% of all transactions in the first six months of 2022, there were five deals valued above €500 million amounting to €4.6 billion in total.

Stephen Keogh, William Fry’s head of corporate/M&A said: “While there has inevitably been a cooling in the market compared to an extremely active 2021, M&A has returned to pre-pandemic levels of activity and, in the first half of the year at least, appetite for deals remained undiminished …

“Irish M&A has proven itself to be extremely resilient over the past few years, seen through the impressive levels of deal activity throughout the global pandemic.

“While there are a number of negative political and economic factors to contend with, there is reason to be optimistic that Irish M&A will continue to prove itself to be relatively robust throughout the second half of 2022.”