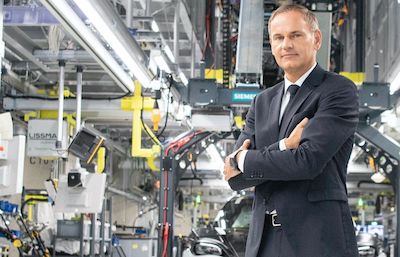 The departure of Diess, 63, follows frequent clashes with VW’s labor unions, shareholders and other stakeholders.

Diess has been the architect of Volkswagen’s big move into electric vehicles.

Bloomberg reported that missteps on key projects including delays at VW’s software unit also contributed to the shake-up.

Volkswagen is planning an initial public offering of Porsche.

The firm said Blume, 54, will take over as CEO on September 1, 2022, combining the job with his role at Porsche “and continuing in the latter capacity also after a possible IPO.”

“The group and its brands are viable for the future; its innovative capabilities and earning power are strengthened.

“Mr. Diess impressively demonstrated the speed at which and consistency with which he was able to carry out far-reaching transformation processes.

“Not only did he steer the company through extremely turbulent waters, but he also implemented a fundamentally new strategy.”

Blume joined the Volkswagen Group in 1994 and has held management positions at AUDI, SEAT, Volkswagen and Porsche.

“Oliver Blume has proven his operational and strategic skills in various positions within the group and in several brands and has managed Porsche AG from a financial, technological and cultural standpoint with great success for seven years running,” said Hans Dieter Pötsch.

“From the Supervisory Board’s point of view, he is now the right person to lead the group and to further enhance its customer focus and the positioning of its brands and products.”

Blume said: “My focus will be on the customers, brands and products.

“The human component is always at the forefront for me.

“Team spirit, fairness and passion are essential for success.”