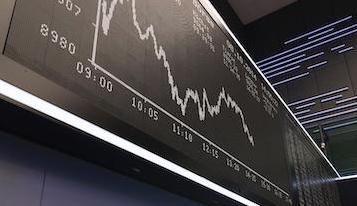 Global shares edged mainly higher on Tuesday and Wall Street seemed set for a stronger open after Monday’s sell-off confirmed a bear market for the US S&P 500 equity index, which is now down more than 20% from its most recent closing high.

Investors fear that central banks may have to increase the pace of interest rate hikes to counter soaring inflation.

The Dow Jones index has lost 16% this year and the Nasdaq is down 31%.

Despite the Wall Street horror show on Monday, with the S&P 500 down 3.9% and the Nasdaq falling 4.7%, European equities did not follow suit early on Tuesday.

All the major indices were in positive territory, including a 0.7% gain from the Dax and a 0.7% rise from the CAC 40.

On Monday, European equities had tumbled to the lowest level since March 2021 as investors worried that soaring inflation could fuel more aggressive monetary tightening, increasing risks of a recession.

Richard Hunter, Head of Markets at Interactive Investor: “Investors have endured a bruising start to the week as fears of recession begin to mount.

“In an escalation of estimates of the Federal Reserve’s hawkish monetary stance, expectations for the interest rate rise due tomorrow have now been amended to a hike of 0.75% from the previous level of 0.5% which had been widely expected.

“At the same time, there was an inversion of the yield curve between the benchmark two and 10-year Treasury bonds in the US which is seen as a harbinger of forthcoming economic contraction.

“The measure has tended to be a reliable warning in the past and, in the absence of any immediate positive catalysts, there is little to present an opposing view.

“Indeed, the prospect of higher interest rates has done little to improve the attractiveness of stocks on a valuation basis, since the likely pressure on profit margins in particular are set to feed through to the next set of quarterly numbers due around the end of this month.

“While a tight labour market and rising wages are friendly for the economy, this not necessarily the case for companies who bear the brunt of additional cost pressures.

“The darkening mood was damaging for the major indices, where the flagship S&P500 moved into bear market territory, now having dropped by 21% in the year to date.

“Meanwhile, the Dow Jones has lost 16% and the technology-heavy Nasdaq index, previously the destination of choice for investors seeking high growth prospects, has declined by 31% so far this year.

“Unsurprisingly, the sour mood passed over into Asian markets, where the prospects of a delayed reboot to the Chinese economy in light of further lockdowns added to the global growth concerns.

“More positively, the possibility of some monetary easing from the Chinese authorities and that much of the bad news is being priced in has left the optimists with some small room for manoeuvre.

“In the UK, a positive open for stocks did little to erase the damage caused by the previous day’s decline.

“Having spent much of the year in positive territory as compared to many of its global peers, the FTSE100 is now down by 1.6% in the year to date.

“Today’s respite could yet prove to be brief, especially if there are any further shocks to come on the scale of central bank tightening.

“In addition, the strength of the US dollar as a haven investment has weakened sterling, which in turn has slightly underpinned the FTSE100, whose constituents are largely dollar-facing in terms of earnings and exposure.

“Even so, the level of volatility currently being seen across most asset classes is likely to persist for the time being.”

Timothy Graf, head of EMEA macro strategy at State Street: “Quite simply, when we see monetary tightening the order of what we are seeing globally, something is going to break.

“I think there are other shoes to drop.”

Russ Mould, Investment Director at AJ Bell: “The S&P 500 is now in a bear market based on its year-to-date losses of 20%.

‘The US stock market has generated a lot of wealth for investors over the past decade, but this year has been a bucket of iced water – a shock to the system, leaving people cold, soggy and miserable.

“Unfortunately, markets don’t always go up in a straight line and, based on performance so far, 2022 will go down in history as being a wake-up call that investing can be challenging at times.

“There is a lot riding on the Federal Reserve’s policy update tomorrow.

“Investors look as if they increasingly fear the central bank will become more aggressive with the pace of interest rates to try and curb inflation, given May’s cost of living figures were higher than expected.

“The Fed is focused on inflation and the economy, not the markets, yet its actions have significant influence on the direction of stocks and bonds.

“A decision to raise rates by more than half a percentage point could cause chaos on the markets and put a bigger dent into investors’ portfolios than they’ve already seen this year.

“Despite the brutal showing on Wall Street on Monday, with the S&P 500 down 3.9% and the Nasdaq falling 4.7%, European equities didn’t follow suit on Tuesday.

Rabobank strategist Michael Every: “Given Wednesday may see the Fed go 75 bps and flag more, while the BOJ on Friday will only flag more bond-buying, the yen is not going to stay at these levels for long. It’s going to get much, much worse.”

Ben Laidler, Global Markets Strategist at social investing network eToro: “The S&P 500 closed in bear market territory yesterday, over 20% down for the year, and history tells us there is still a way to go yet.

“Recession risks are rising and could see this market fall another 20%. Indeed the average S&P 500 bear market, few and far between, lasts 19 months and sees a 38% drop in prices. This one has only lasted five months and is down 21%.

“But a recession is not inevitable.

“US growth is resilient so far, consumers have big savings, and companies are near record profit margins.

“The sell-off has been solely valuation driven, taking price/earnings valuations to near 16x below 10-year averages.

“A missing ingredient of a recession has been weaker earnings, which in such times traditionally fall over 20%, but in fact they have risen this year.

“Companies have not yet received the recession memo, but are not immune to the gathering storm clouds.

“It’s also worth looking at history to understand the balance between risk and reward for investors, with an average bull market (+20%) surging near 180% and lasting 60 months, four times as long as a typical bear market.

“This is happening now, with valuations already down sharply, financial conditions tightening, and the Fed and other central banks raising rates to cut stubbornly high inflation.”