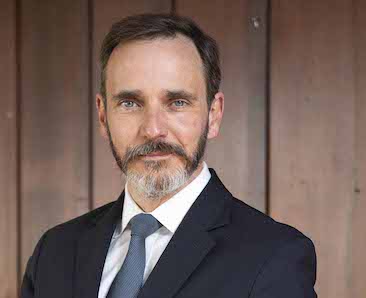 International Monetary Fund (IMF) chief economist Pierre-Olivier Gourinchas has warned that a potential new multipolar world — where Europe and the US are in one system and China and Russia are siloed off — would be “a disaster for the global economy.”

Addressing speculation that geopolitical tensions will lead to a new multipolar world, Gourinchas said: “So eventually we know that we’re going to be in a world in which it’s not just the United States dollar, it’s not just the dominance of the dollar.

“The question is what kind of transition we put in place to get there.

“And one scenario is one where we have divided blocs that are not trading much with each other and are on different standards.

“And that would be a disaster for the global economy.

“The other scenario is one where we have a managed transition that maintains and protects the gains from globalization that have lifted hundreds of millions out of poverty have allowed emerging market economies to see their economies soar in the last 30-40 years.

“And so the difficulty here is going to be to engage on this managed transition path that leads us to this more multipolar world.”

His warnings came as rising inflation, the economic impact of the war in Ukraine and the lingering effects of pandemic led the IMF to cut its global growth forecast for this year and next.

Gourinchas said at the launch of the IMF’s World Economic Outlook report: “Overall, economic risks have risen sharply in policy.

“Trade-offs have become even more challenging compared for January forecast.

“We have revised our projection for global growth downwards to 3.6 percent in both 2022 and 2023.

“This reflects the direct impact of the war on Ukraine and sanctions on Russia, with both countries projected to experience steep contractions.”

The IMF is warning that elevated inflation will particularly impact on lower income countries and segments of the population, increasing the risk of social unrest due to higher costs for  food, fuel and basic necessities.

“We now project inflation will remain elevated for much longer in the United States and some European countries,” said Gourinchas.

“It has reached its highest level in more than 40 years.

“In the context of tight labor markets, the risk is rising that inflation expectations drift away from central bank inflation targets, prompting a more aggressive tightening response from policymakers.

“Furthermore, increases in food and fuel prices may also significantly increase the prospect of social unrest in poorer countries immediately after the invasion.”

Gourinchas answered questions about how central banks should be acting to fulfill their mandates of managing inflation while also promoting growth and employment.

“Central banks have accumulated a fair amount of credibility in terms of maintaining price stability over the last 40 years that they did not have back in the 1970s,” he said.

“Nevertheless, inflation is a serious concern right now in the US and in other countries, and the risk that inflation pressures remain elevated, that inflation expectations start moving up away from the central bank targets of two percent is something that would call for much more forceful action in in the future.”