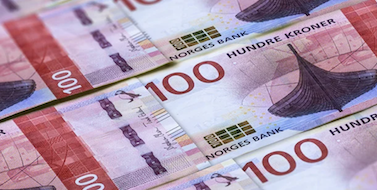 Norway’s $1.3 trillion sovereign wealth fund, the largest such fund in the world, announced it will divest its Russian assets following Russia’s invasion of Ukraine.

The country’s Minister of Finance will ask the Government Pension Fund Global to freeze all its investments in Russia immediately.

In addition, he will ask the fund to divest from Russia.

“Given the way the situation has evolved, we consider it necessary for the fund to divest its Russian assets,” said Minister of Finance Trygve Slagsvold Vedum.

Vedum added: “We want to give a very clear and unequivocal response that the type of abuse we have seen in recent times can not be accepted and it is therefore natural for Norway to withdraw its investments from the Russian market.”

Reuters reported that the fund’s Russian assets, consisting of shares in 47 companies as well as government bonds, were worth $2.83 billion at the end of 2021.

“We have decided to freeze the fund’s investments and have begun a process of selling out (of Russia),” Prime Minister Jonas Gahr Stoere told a news conference.

Reuters reported the fund’s most valuable stake in an individual firm at the end of 2020 was in Sberbank, with the second and third largest stakes being energy firms Gazprom and Lukoil.