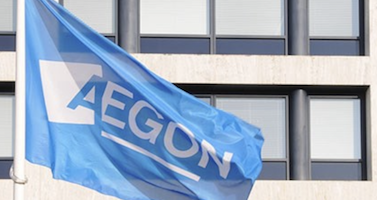 The European Commission announced it has concluded that Hungary’s decision to veto the acquisition of the Hungarian subsidiaries of the Aegon Group by Vienna Insurance Group AG Wiener Versicherung Gruppe (VIG) breached Article 21 of the EU Merger Regulation (EUMR).

The Commission has ordered Hungary to withdraw its veto by March 18, 2022.

If Hungary fails to implement the decision, the Commission said it may decide to launch an infringement procedure before the Court of Justice.

“The Commission unconditionally cleared the transaction under the EU Merger Regulation on 12 August 2021.

“Prior to the Commission’s clearance, the Hungarian government vetoed VIG’s acquisition of Aegon Group’s Hungarian subsidiaries, based on an emergency legislation on foreign direct investment introduced in the context of the coronavirus pandemic.

“On 29 October 2021, the European Commission opened an investigation in relation to the Hungarian decision.

“Following its initial assessment, on 20 January 2022, the Commission informed Hungary of its preliminary conclusion that the veto violated Article 21 of the EUMR.

“Under this Article, the Commission has exclusive competence to examine concentrations with a Union dimension and Member States may only take measures to protect legitimate interests under certain conditions.

“Measures taken by the Member States must be compatible with the general principles and other provisions of EU law and must be genuinely aimed to protect a legitimate interest.

“Following its investigation, and having heard the arguments of the Hungarian authorities, the Commission had reasonable doubts as to whether the veto genuinely aimed to protect Hungary’s legitimate interests within the meaning of the EUMR.

“In particular, it is unclear how the acquisition by VIG of Aegon’s Hungarian assets would pose a threat to a fundamental interest of society, given that VIG and Aegon are well-established EU insurance companies with an existing presence in Hungary.

“The Commission therefore concluded that the Hungarian authorities should have communicated their intended veto to the Commission prior to its implementation and that Hungary’s failure to do so infringed Article 21 of the EUMR.

“In addition, the Commission found that veto restricted VIG’s right to engage in a cross-border transaction, and the Hungarian authorities failed to show that the measure was justified, suitable and proportionate.

“As a result, the Commission has concluded that the veto was incompatible with EU rules on the freedom of establishment and that it therefore infringed Article 21 of the EUMR.

“Member States must ensure that their actions respect this division of competence, so that businesses can invest and make use of the single market with confidence.”