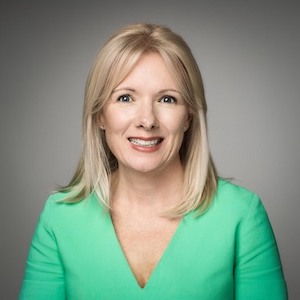 A new report into Ireland’s international banking sector shows that Brexit has been a big driver of change with the Irish balance sheets of ECB-supervised systemically important banks rising from €300 billion in 2015 to €500 billion as of July 2021 due to the post-Brexit expansion of international banks’ operations in Ireland.

According to the ECB, Ireland now ranks second after Germany in terms of the size of value of assets moved into EU banks since Brexit.

The report has been published by Banking & Payments Federation Ireland (BPFI) in conjunction with its affiliate the Federation of International Banks in Ireland (FIBI).

Fiona Gallagher, FIBI Chair and CEO of Wells Fargo Bank International, said: “Today’s report highlights the significant role and contribution the international banking sector makes to the Irish economy and how it has changed dramatically over the last five years.

“While Ireland’s international financial services sector has steadily grown over the decades, the UK’s exit from the EU has accelerated this trend, with Ireland now one of the key EU hubs for international banking and capital markets activity.

“This has seen an influx of new staff, assets, risk management capabilities and investment services activities in Ireland.

“In addition, EU branch networks have also been revised, for example by transferring EU branches of UK entities to their (new) EU entities in Ireland.

“International banking operations in Ireland are now acting as a key bridge to servicing the EU market, directly and through its vast EU branch networks”.

The report said Ireland’s international banks believe there is a global leadership opportunity for their Irish operations in sustainable finance.

Gallagher said: “As we look to the future, the single greatest challenge is undoubtedly climate change and sustainable finance.

“A recent survey of our FIBI members showed that 75% are actively involved in their group’s implementation of sustainable finance and 56% of them see an opportunity for their operations here to take a global leadership role in this vital area.

“Our banks are well positioned to help businesses and customers transition to a low carbon economy and ensure that Ireland meets it climate targets.

“This transition offers great opportunities for the sector, which FIBI members are keen to develop.

“Our collective ambition is to make Ireland a key hub for sustainable finance over the coming decade, while supporting both our international and Irish clients …

“Ireland’s attractiveness as an open and stable economy has been critical to this recent success.

“It is now crucial that we remain a competitive jurisdiction in which to operate an international bank, particularly in a highly competitive post-Brexit environment.

“As we now look to the future, we are determined to work collaboratively with the Government in the development of its international financial services strategy so that Ireland remains a key EU financial centre.”