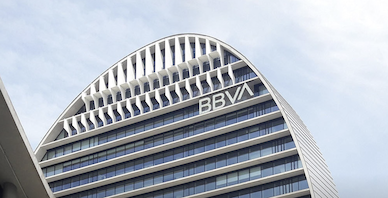 The EIB and the EIF will guarantee a junior tranche of a €120 million synthetic securitisation of an SME and small mid-cap loan portfolio originated by BBVA, enabling the bank to provide more than €960 million of financing to support SME investments.

The EIB Group guarantee will unlock additional capital to be used by BBVA to provide new loans to SMEs for a multiple of the guarantee amount.

This agreement will enable BBVA to expand its lending capacity and grant €960 million in extra financing at a critical time for the Spanish economy.

The operation covers the first loss piece of a synthetic securitisation structure under the European Guarantee Fund, approved by the European Council as part of the European Union’s €540 billion package of measures to address the economic impact of COVID-19.

The EIB and BBVA have been working together for more than 30 years.

Over this period, the two institutions have signed more than 140 operations in 17 countries, providing €4.5 billion of direct financing to SMEs and mid-caps.

EIB vice-president Ricardo Mourinho Félix said: “BBVA has been a key counterpart of the EIB Group for 30 years.

“Together, we continue to promote new initiatives on the Spanish market to meet EU policy objectives, supporting the financing needs of SMEs, the backbone of the European economy.”

EIF chief executive Alain Godard added: “We are pleased to have concluded one of the first securitisation transactions under the European Guarantee Fund with BBVA.

“This shows that BBVA and the EIB Group are committed to helping SMEs in Spain, particularly in difficult times such as these.”

“Following this new agreement with the EIB, we will continue to help them tackle their projects, above all in the areas of sustainability and digitalisation, thereby supporting the recovery.”

The European Investment Bank (EIB) is the long-term lending institution of the European Union, owned by its Member States.

The EIF designs and develops venture and growth capital, guarantee and micro-finance instruments that specifically target this market segment.

The European Guarantee Fund (EGF) was set up by the EIB Group with contributions from Spain and other EU Member States to shield companies suffering from the COVID-19 crisis.

Using nearly €25 billion in guarantees, the EGF allows the EIB and the EIF to quickly make loans, guarantees, asset-backed securities, equity and other financial instruments available to mostly small and medium-sized enterprises and mid-caps.