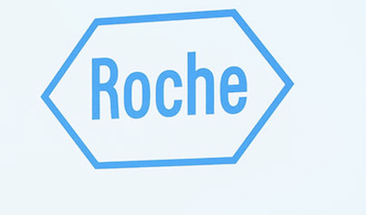 Basel, Switzerland-based pharmaceuticals giant Novartis has agreed to sell its stake in Roche back to its cross-town rival for $20.7 billion — bringing a 20-year investment to an end.

The repurchase will be debt-financed by Roche.

“Novartis has agreed to sell 53.3 million (approximately 33%) Roche bearer shares in a bilateral transaction to Roche for a total consideration of USD 20.7 billion,” said Novartis.

Novartis CEO Vas Narasimhan said: “After more than 20 years as a shareholder of Roche, we concluded that now is the right time to monetize our investment.

“Today’s announcement is consistent with our strategic focus and we intend to deploy the proceeds from the transaction in line with our capital allocation priorities to maximize shareholder value and continue to reimagine medicine.”

Roche said the percentage of shares held by the public — the so-called “free float” — will increase from 16.6% to 24.9% “with the cancellation of the equity stake held by Novartis.”

It said this will allow the shares to be included in the Swiss Performance Index (SPI) and possibly in other indices.

Novartis said it acquired the stake in Roche between 2001 and 2003 for a $5 billion as a long-term financial investment “which delivered significant, recurring earnings contribution and cumulative dividends in excess of USD 6 billion.”

Novartis said: “Over the holding period of the stake, this resulted in an annualized return of 10.2 % in USD (and 6.6% in CHF).

“Today, Novartis does not consider the financial investment in Roche as part of its core business and therefore not a strategic asset.

“Novartis will report a gain from the sale of the stake in income from associated companies of approximately USD 14 billion, which will be core adjusted.

Roche said in a statement: “The price per share is CHF 356.9341. It corresponds to the volume weighted average price of the Roche non-voting equity certificates over the last 20 trading days up to and including 2 November 2021.

“The board of directors of Roche has approved the envisaged repurchase, which will be debt-financed by Roche.

“All shareholders and holders of non-voting equity certificates of Roche benefit from the earnings accretion resulting from the transaction.”

Christoph Franz, chairman of the board of directors of Roche, said: “I am convinced that the envisaged transaction is in the best interest of Roche and the holders of Roche equity securities from a strategic and economic perspective.

“As a result, Roche will be even better positioned strategically in the future to provide life-saving medicines and diagnostics to people around the world.“

Roche said the transaction does not result in a change of control, as the “pool” formed by shareholders of the founding families “has held the majority of the votes represented at general meetings of Roche previously.”

“The representatives of the family pool did not participate in the deliberations and the vote of the board of directors on this transaction,” said Roche.

“Based on a request of the family pool, the Swiss Takeover Board has exempted the pool from the obligation to submit a mandatory offer based on the applicable statutory provisions …

“The Extraordinary General Meeting to approve the capital reduction by cancellation of the shares repurchased from Novartis and to approve the interim financial statements prepared for the purpose of this transaction will be held on 26 November 2021.”