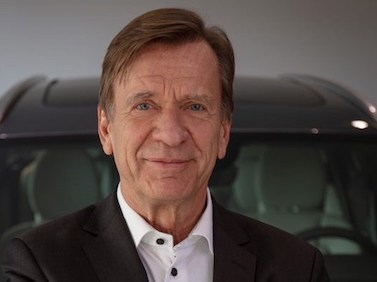 Volvo Cars has announced its intention to launch an initial public offering (IPO) and to list its class B shares on Nasdaq Stockholm, with some analysts saying the move could value Volvo Cars above $30 billion.

Roughly $10 billion of the $30 billion valuation is attributed by the analysts to the car company’s near 50% stake in electric car maker Polestar.

Volvo Cars has been owned by China’s Zhejiang Geely Holding since 2010. After the listing, Geely Holding intends to remain the company’s largest shareholder.

Volvo Cars CEO Håkan Samuelsson said: “Today is an important milestone for our company with the announcement that we intend to list Volvo Cars on Nasdaq Stockholm.

“The proposed IPO marks a new chapter for Volvo Cars, and we invite Swedish and international investors to participate in our future growth and value-creation.

“The decision to proceed with an IPO will help strengthen our brand and accelerate our transformation strategy – towards full electrification, direct consumer relationships and the next level of safety.

“This will position the company to deliver continuous growing volumes, revenues and profitability.”

Eric Li, chairperson of Volvo Cars’ board of directors and ultimate owner of the main shareholder, says: “We have supported the transformation and growth of this iconic Swedish brand during a period of unprecedented change in our industry.

“Over the past decade, Volvo Cars has turned itself into one of the world’s fastest-growing carmakers.

“We will continue to support Volvo Cars as a majority shareholder in this ongoing global success story.”

Polestar, owned by Geely and Volvo, last week said it will go public by merging with a US-listed special purpose acquisition company (SPAC) backed by billionaire Alec Gores and investment bank Guggenheim Partners at an enterprise value of $20 billion.