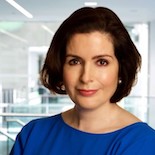 The Republic of Ireland’s finance minister Paschal Donohoe has announced his intention to sell part of the state’s 13.9% shareholding in Bank of Ireland over the next six months through a pre-arranged trading plan that will be managed by Citigroup Global Markets Limited.

The Irish state’s shareholding is worth close to €700 million and will not be sold below a certain undisclosed price per share which will be kept under review.

Citi were appointed to the role from the Department of Finance’s Panel of Financial Advisors following a mini-tender competition.

Citi have been mandated to effect a “measured and orderly sell down” of the shares.

“The minister has instructed Citi to target that up to, but no more than, 15% of the expected aggregate total trading volume in the company is to be sold over the duration of the trading plan,” said the Irish Department of Finance.

“The number of shares sold will depend on market conditions, amongst other factors.

“In order to ensure that the taxpayers’ interest is protected, shares will not be sold below a certain price per share which the Department of Finance will keep under review.

“The trading plan will become operational in the coming days and will terminate no later than six months from that point, but can be renewed at the minister’s discretion.”

Donohoe said: “Today’s announcement marks the start of a phased exit from the state’s remaining investment in Bank of Ireland.

“When all cashflows are taken into account the taxpayer has already recorded a surplus on its investment in and support for the bank, even before the sales of these shares are accounted for.

“A trading plan enables the State to sell down its shares in a low cost carefully controlled manner while avoiding the need to try to time our disposals with market conditions.”

The state currently owns 150.4 million ordinary shares in the company through the directed portfolio of the Ireland Strategic Investment Fund (ISIF).

The Department of Finance is being advised by N.M. Rothschild & Sons Limited and William Fry on the transaction.

“This is a positive step – for Irish taxpayers, the Irish economy, and Bank of Ireland.

“State investment in Bank of Ireland over a decade ago should never have been needed, but we will always be grateful for the support we received.

“We repaid the taxpayer by 2013, and again thank the state and Irish taxpayer for their extraordinary support.

“Today’s announcement commences a process which will add to the returns already received, and also marks an important moment in normalising the relationship between the Irish State and Bank of Ireland.”