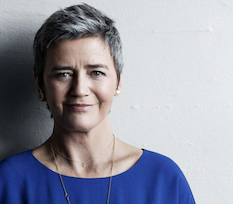 “The companies participated in a customer allocation cartel, which concerned cross-border rail cargo transport services on blocktrains on key rail corridors in the EU,” said the Commission.

“The three companies admitted their involvement in the cartel and agreed to settle the case.”

The Commission’s investigation revealed that the three railway companies “coordinated by exchanging collusive information on customer requests for competitive offers and provided each other with higher quotes to protect their respective business.”

The companies thus “participated in a customer allocation scheme, which is prohibited under EU competition rules.”

“Fair competition is important to provide customers with the best offer when using sustainable transport.

“A cartel between key operators offering rail cargo services on essential rail corridors across the EU goes fundamentally against this objective.

“Today’s decision sends a clear signal that this type of collusive behaviour is not acceptable.”