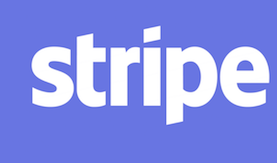 The market value of Dublin and San Francisco-headquartered digital payments giant Stripe has soared to $95 billion with a round of funding that took it above Elon Musk’s SpaceX as the most valuable startup in the United States.

At $95 billion, Stripe is now more valuable than any bank in the euro zone, according to Reuters data.

“Stripe, which builds economic infrastructure for the internet, has raised a $600 million (€500 million) funding round at a $95B (€80B) valuation,” said the company.

“The company will use the capital to invest in its European operations, and its Dublin headquarters in particular, support surging demand from enterprise heavyweights across Europe, and expand its Global Payments and Treasury Network …

“Of the 42 countries in which Stripe powers businesses today, 31 are in Europe. And many of the continent’s largest and fastest growing companies are building on the platform.

“Axel Springer, Jaguar Land Rover, Maersk, Metro, Mountain Warehouse and Waitrose have all recently turned to Stripe to grow and diversify their online revenue, or move faster on their transformation projects.

John Collison, president and co-founder of Stripe, said: “We’re investing a ton more in Europe this year, particularly in Ireland.

“Whether in fintech, mobility, retail or SaaS, the growth opportunity for the European digital economy is immense.”

NTMA CEO Conor O’Kelly said: “Stripe is an accelerator of global economic growth and a leader in sustainable finance.

“We are convinced that, despite making great progress over the last 10 years, most of Stripe’s success is yet to come.

“We’re delighted to back Ireland’s and Europe’s most prominent success story, and, in doing so, to help millions of other ambitious companies become more competitive in the global economy.”

Stripe’s chief revenue officer Mike Clayville said: “In 2021, we will double down on our enterprise capabilities, particularly our customer success teams, to help even more large businesses like Twilio or Zapier significantly increase their revenue.

“We will also invest in our global expansion to help companies such as Glofox or MATCHESFASHION increase their market opportunity.

“And through partnerships with enterprise solutions like Salesforce Commerce Cloud we will make it even easier for large multinationals around the world to switch to Stripe.”