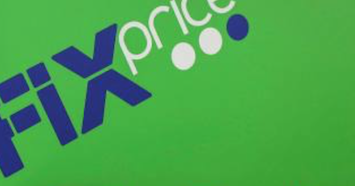 Russian cut-price retailer Fix Price said on Monday it is considering an initial public offering in London and Moscow of its global depositary receipts (GDRs).

Reports suggested the IPO will aim to raise at least $1 billion, which would value the company at more than $6 billion.

Fix Price is controlled by Artem Khachatyran and Sergey Lomakin, each of whom hold around 42% of the firm, with Goldman Sachs among its minority investors.

Fix Price CEO Dmitry Kirsanov said: “Today’s announcement represents a landmark that testifies both to the impressive size and scale that Fix Price has already achieved and to our strong belief that the company will continue its robust growth trajectory.

“We pioneered variety value retail in Russia when we opened the first Fix Price store in 2007 with a vision to create the dominant retailer in this highly promising segment of the market.

“Today, Fix Price is far more than simply the largest variety value retail chain in the country, with over 4,200 stores – for our customers, Fix Price quite simply is the embodiment of everything they love about this retail format.

“Fix Price is a systemically important retailer that generated revenue in 2020 of more than RUB 190 billion (ca. US$ 2.6 billion), and with double-digit EBITDA margins that make us one of the most profitable retailers among publicly traded variety value retailers globally …

“And it remains robust in the current environment, having delivered 16 consecutive quarters of double-digit LFL sales growth through the end of 2020.

“With a presence in 78 of Russia’s 85 regions, as well as neighbouring countries, and a strong track record of results in our home market, Fix Price is well positioned to pursue expansion both inside and outside of Russia.”