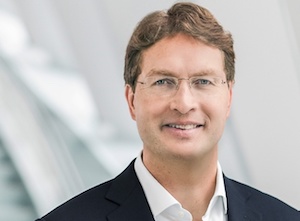 German car maker Daimler announced it is planning to spin off of Daimler Truck — the world’s biggest truck and bus maker — and rename itself as Mercedes-Benz.

Daimler said it is planning a separation into two pure-play companies and a “majority listing of Daimler Truck to accelerate into zero-emissions and software-driven future.”

The Stuttgart company said: “Mercedes-Benz will be the world’s pre-eminent luxury car business, committed to leading in electric drive and car software …

“It is intended that a significant majority stake in Daimler Truck will be distributed to Daimler shareholders.

“The Daimler Truck business will have fully independent management, stand-alone corporate governance including an independent chairman of the supervisory board, and is targeted to qualify as a DAX company.

“The transaction and the listing of Daimler Truck on the Frankfurt stock exchange is expected to be complete before year-end 2021.

“In addition, it is also Daimler’s intention to rename itself as Mercedes-Benz at the appropriate time.”

Ola Källenius, CEO of Daimler and Mercedes-Benz, said: “This is a historic moment for Daimler. It represents the start of a profound reshaping of the company.

“Mercedes-Benz is the world’s most valuable luxury car brand, offering the most desirable cars to discerning customers.

“Both companies operate in industries that are facing major technological and structural changes.

“Given this context, we believe they will be able to operate most effectively as independent entities, equipped with strong net liquidity and free from the constraints of a conglomerate structure.”