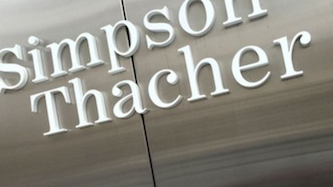 Leading international law firm Simpson Thacher & Bartlett LLP said on Monday it plans to open an office in Brussels this summer in the wake of Brexit.

The company is the latest major firm to set up a presence in mainland Europe following the UK’s departure from the European Union.

The move is a sign of the disruption Brexit may cause corporate law firms that had previously relied on a London base to conduct business in the EU.

The New York-based firm is establishing an office in Brussels after finding out that the UK’s exit from the EU is hurting its ability to advise clients on EU antitrust, competition and regulatory law.

“In the wake of the United Kingdom’s exit from the European Union, companies in the region and around the globe will face continued challenges in navigating an evolving legal framework,” said Bill Dougherty, chairman of Simpson Thacher’s executive committee.

““The Brussels office will complement the Firm’s presence in London and will focus on providing our clients with advice on European merger control and competition law and regulations concerning foreign direct investment before the European Commission, the European Courts and Member States of the European Union.”

This expansion follows the recent announcement of the addition of leading antitrust lawyer Antonio Bavasso to the firm.

Bavasso, who officially joined Simpson Thacher on Monday, has more than 20 years of experience advising on some of the most high-profile and precedent-setting merger, behavioural and litigation cases internationally.

He is both UK and Italy-qualified.

“Simpson Thacher’s global Antitrust and Trade Regulation Practice is outstanding and I’m excited to be part of the Firm’s planned expansion into Brussels,” said Bavasso.

“This will further enhance the Firm’s ability to provide clients with sophisticated and comprehensive advice to address their most pressing antitrust, competition and foreign direct investment issues in the European Union and United Kingdom.”

Jason Glover, managing partner of Simpson Thacher’s London Office, said: “Our expansion into Brussels perfectly complements our existing work in London and strengthens our broader global transactional and regulatory teams advising clients on their European interests, particularly in the wake of Brexit and the accelerating regulation of digital and technology companies on both sides of the Atlantic.

“Antonio’s experience advising some of the world’s most prominent companies, including many leading technology companies, on competition and transactional issues makes him exceedingly well-positioned to assist clients as they traverse a changing landscape.”