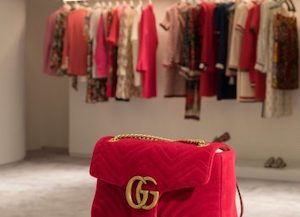 Shares of German online luxury fashion retailer Mytheresa’s parent company soared as much as 39% in their US stock market debut on Thursday, giving the firm a market value of almost $3 billion.

The German firm had earlier targeted a price range of $16 to $18.

The Munich-based company which was once part of bankrupt Neiman Marcus, offered 15.6 million ADS in its IPO, raising $406.8 million.

At its offer price, Mytheresa’s market capitalisation was around $2.2 billion.

Late on Wednesday, Mytheresa had said: “MYT Netherlands Parent B.V., the parent company of the Mytheresa Group GmbH, today announced the pricing of its initial public offering of 15,647,059 of American Depositary Shares at a price of $26.00 per ADS.

“Each ADS represents one ordinary share of the company.

“The company and the selling shareholder have granted the underwriters a 30-day option to purchase up to an additional 2,347,058 ADSs in aggregate at the initial public offering price, less underwriting discounts and commissions.

“The shares are expected to begin trading on the New York Stock Exchange on January 21, 2021, under the ticker symbol ‘MYTE’ and the offering is expected to close on January 25, 2021, subject to customary closing conditions.

“Morgan Stanley & Co. LLC and J.P. Morgan Securities LLC are acting as lead joint bookrunning managers and representatives of the underwriters for the proposed offering.

“Jefferies LLC and Cowen and Company, LLC are acting as bookrunning managers for the proposed offering.”