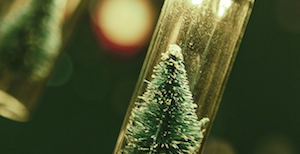 Italy’s Angelini Pharma said on Monday it will buy Switzerland-based Arvelle Therapeutics in a cash transaction that values the biopharmaceutical company at up to $960 million.

Following the deal, Angelini Pharma will have the exclusive license to commercialize cenobamate — an anti-seizure medication — in the European Union and other countries in the European Economic Area (Switzerland and the United Kingdom).

Angelini plans to launch cenobamate after receiving approval from the European Medicines Agency (EMA), expected in 2021.

SK Biopharmaceuticals, listed on the Korea Stock Exchange, agreed to sell its 12% stake in Arvelle Therapeutics to Angelini Pharma.

Cenobamate was discovered by SK Biopharmaceuticals and SK life science and is a new FDA-approved anti-seizure medication (ASM) for the treatment of partial-onset seizures in adults.

“Subsequently, and subject to cenobamate reaching certain revenue targets, a further $350m will be paid.”

In addition, revenue share payments due to some Arvelle shareholders will be assumed by Angelini Pharma.

“It’s the most important investment in the history of our group,” said Thea Paola Angelini and Sergio Marullo di Condojanni, respectively executive vice president and CEO of Angelini Holding.

“And it is the confirmation of the shareholder’s commitment to pharma, which remains our biggest business.

“This acquisition represents a milestone in our growth path as it definitively drives us towards the multinational dimension, to which all the companies of Angelini Group are now looking at.

“We are proud that, for the second time in a year, we have managed to win a significant and coveted asset, which strengthens and positions us among the most important players in the market.”

Angelini Pharma CEO Pierluigi Antonelli said: “At Angelini Pharma, we are thrilled to sign this promising agreement and are enthusiastic about the commitment and work that our colleagues at Arvelle have put into the business during the last years.

“We share the same patient-centric culture and agility attitude.

“This transaction will propel us into a leading European player, well positioned to address the needs of patients with different Central Nervous System (CNS) disorders through an innovative portfolio, distinctive medical capabilities and extensive commercial presence, also via the opening of direct affiliates in France, UK, Nordics and Switzerland by 2022.”

For Angelini Pharma, White & Case (Europe) LLP is acting as legal counsel, with the support of KMPG.