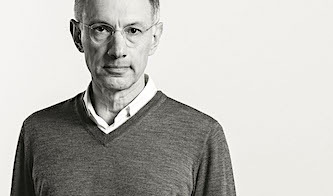 Klarna’s current chairman Jon Kamaluddin and board member Sarah McPhee will resign from their positions on the board.

In September, Klarna raised about $650 million of equity from investors led by Silver Lake — a move that raised its valuation to $10.65 billion ahead of a possible IPO in the United States.

“These appointments come at a time of significant momentum for the company,” said Klarna.

“Klarna, which offers consumers an easier and more convenient way to shop, pay and bank, continues to drive rapid adoption and loyalty.

“More than 21 million new consumers have joined Klarna since the start of 2020 and the company continues to grow its global network of 200,000 retail partners including H&M, Macys, Etsy, IKEA, Sephora, Expedia Group, Charlotte Tilbury, The North Face, Samsung, Nike and AliExpress.

“Equally, the Klarna app, a direct-to-consumer end-to-end shopping platform that allows consumers to shop and pay with Klarna at any online brand or store, is strongly resonating withmore than 1 million downloads in the US alone in November and often occupying the number one spot among the most popular shopping apps in the US, ahead of Amazon, Walmart and Target.”

Klarna CEO Sebastian Siemiatkowski said: “I am humbled to welcome an exceptional group of executives to the Klarna Board and the longstanding commitment of Sequoia Capital and Sequoia Partner, Michael Moritz, to the company.

“Sequoia has been the principal shareholder and the key early backer of many of the world’s contemporary companies including Airbnb, DoorDash, Unity and WhatsApp.

“Their fifty-year heritage of participating as long-term investors in companies that have revolutionized finance, technology, retail and banking will be of tremendous value, especially at a time when the business is accelerating at such a rapid pace.

“We are at a true inflection point as consumers are actively turning away from inferior services to those that better meet their needs and the Klarna team is looking forward to working closely together with the board on our mission to become the world’s favourite way to shop and bank.

“I equally would like to express my thanks to both Jon Kamaluddin and Sarah McPhee for their great collaboration and longstanding commitment to the board over the past years.”