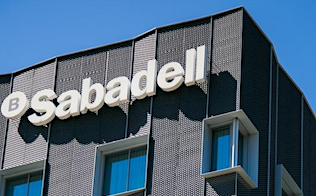 The move halts a wave of Spanish bank tie-ups and puts Sabadell’s loss-making British business TSB up for sale.

“Banco de Sabadell will launch a new strategy that will prioritise its Spanish domestic business to generate efficiencies using the group’s capital and resources, thereby increasing profitability and creating value for its shareholders, after its board of directors unanimously agreed to end talks with BBVA given both parties did not reach an agreement on the exchange ratio of their shares,” said Sabadell.

“While the main components and objectives of the new strategy will only be published in the first quarter of 2021, Banco de Sabadell is prepared to say that it will launch a transformation programme in its retail banking business which will have a neutral impact on capital and generate more efficiencies in this segment.

“Sabadell will also analyse strategic alternatives for creating shareholder value with regard to the group’s international assets, including TSB.

“The bank looks forward to implementing its new strategic plan which will improve its efficiency and organic capital generation, focusing on the segments that generate greater profitability and added value.”

BBVA said in a statement: “Following the relevant event released on November 16, 2020, BBVA announces on another relevant event filed with Spanish regulator CNMV that the conversations in relation to a potential merger transaction with Banco de Sabadell have come to an end without any agreement.”