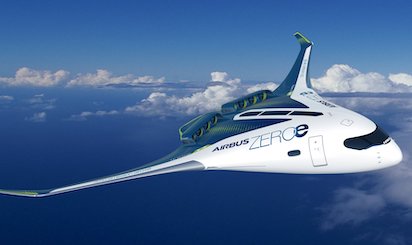 Airbus on Monday revealed three concepts for the world’s first zero-emission commercial aircraft which it said could enter service by 2035.

All three concepts rely on hydrogen as a primary power source — an option which Airbus believes holds “exceptional promise” as a clean aviation fuel.

“This is a historic moment for the commercial aviation sector as a whole and we intend to play a leading role in the most important transition this industry has ever seen,” said Airbus CEO Guillaume Faury.

“The concepts we unveil today offer the world a glimpse of our ambition to drive a bold vision for the future of zero-emission flight.

“I strongly believe that the use of hydrogen — both in synthetic fuels and as a primary power source for commercial aircraft — has the potential to significantly reduce aviation’s climate impact.”

The three concepts — all codenamed “ZEROe” — for a first climate neutral zero-emission commercial aircraft include: