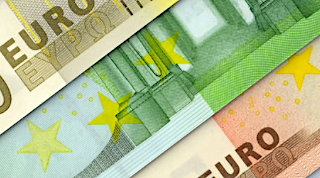 Global wealth grew 2.6% in the past year to $360 trillion and wealth per adult reached a record high of $70,850, according to the tenth edition of the Credit Suisse Research Institute’s Global Wealth Report.

US, China and Europe contributed the most towards global wealth growth with $3.8 trillion, $1.9 trillion and $1.1 trillion respectively.

The report said global wealth is projected to rise 27% over the next five years, reaching $459 trillion by 2024.

The number of millionaires will also grow markedly over the next five years to reach almost 63 million, said the report.

This reflects the growing prosperity of emerging economies, especially China, and the expansion of the middle class in the developing world.

Nannette Hechler-Fayd’herbe, Chief Investment Officer International Wealth Management and Global Head of Economics & Research at Credit Suisse, said: “Despite the trade tension between US and China over the past 12 months, both countries have fared strongly in wealth creation contributing USD 3.8tn and USD 1.9tn respectively.

“China and other emerging markets have contributed significantly to this growing contingent and show signs of progress and opportunity for investors.”