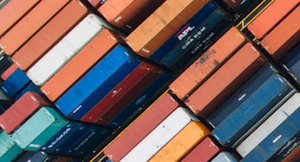 The landmark trade and investment agreements between the EU and Singapore on Wednesday received the approval of the European Parliament.

Under the trade agreement, Singapore will remove all remaining tariffs on EU products and will commit to keep unchanged the current duty-free access for all other EU products.

The agreement also provides new opportunities for EU services’ providers, among others in sectors such as telecommunications, environmental services, engineering, computing and maritime transport.

Singapore also agreed to remove obstacles to trade besides tariffs in key sectors, for instance by recognising the EU’s safety tests for cars and many electronic appliances or accepting labels that EU companies use for textiles.

Singapore is by far the EU’s largest trading partner in the Southeast Asian region, with a total bilateral trade in goods of over €53 billion and €51 billion-worth of trade in services.

Over 10,000 EU companies are established in Singapore and use it as a hub to serve the whole Pacific region.

Singapore is also the number one location for European investment in Asia, with investment between the two growing rapidly in recent years.

President of the European Commission Jean-Claude Juncker said: “The European Parliament’s approval of the EU-Singapore trade and investment agreements marks a historical moment.

“This is the European Union’s first bilateral trade agreement with a Southeast Asian country, a building block towards a closer relationship between Europe and one of the most dynamic regions in the world.

“We are forging closer economic and political ties with friends and partners who, like us, believe in open, reciprocal and rules-based trade.

“This is yet another win-win trade agreement negotiated by the European Union, an agreement that will create new opportunities for European producers, workers, farmers and consumers, while at the same time promoting cooperation and multilateralism.”

Commissioner for Trade Cecilia Malmström said: “In uncertain times, we need agreements like these more than ever.

“They will help Europe and Singapore to prosper, boosting our trade and strengthening an already essential relationship.

“The agreements will benefit workers and farmers, as well as small and big companies on both sides.

“They include a strong commitment to human and labour rights and to protecting the environment.

“This is yet another signal that open, fair and rules-based global trade is here to stay.”