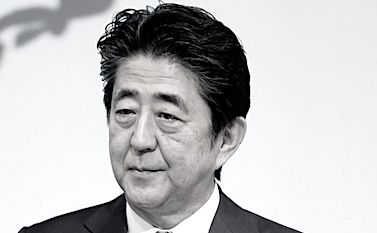 Japan’s former prime minister Shinzo Abe, the country’s longest-serving leader, died on Friday after being shot while campaigning for a parliamentary election.

Abe, who is best known for his “Abenomics” policy of aggressive monetary easing and fiscal spending, died at 67.

He also increased defence spending after years of decline and expanded the military’s ability to project power abroad.

Reuters reported that a man opened fire on Abe from behind with an apparently homemade gun as he spoke at a traffic island in the western city of Nara.

“This attack is an act of brutality that happened during the elections — the very foundation of our democracy – and is absolutely unforgivable.”

Police said a 41-year-old man suspected of carrying out the shooting had been arrested.

NHK quoted the suspect, identified as Tetsuya Yamagami, as telling police he was dissatisfied with Abe and wanted to kill him.

“There was a loud bang and then smoke,” businessman Makoto Ichikawa told Reuters.

“The first shot, no one knew what was going on, but after the second shot, what looked like special police tackled him.”

“I mourn with his family, his friends and all the people of Japan.

“This brutal and cowardly murder of Shinzo Abe shocks the whole world.”

“Abe was a great protagonist of Japanese and international political life in recent decades, thanks to his innovative spirit and his reforming vision.

“Italy sends its condolences to his family, to the government and to the entire Japanese people.”

President of France Emmanuel Macron: “Japan has lost a great prime minister, who dedicated his life to his country and worked to ensure order in the world.”

“We stand closely by Japan’s side even in these difficult hours,” Scholz tweeted.

US Secretary of State Antony Blinken called the assassination of Abe “shocking” and “profoundly disturbing”, and described him as a leader of great vision.

Spokesperson for Chinese embassy in Japan: “Former Prime Minister Abe made contributions towards improving China-Japan relations during his term. We express our condolences on his death and send our sympathies to his family.”

“His global leadership through unchartered times will be remembered by many. My thoughts are with his family, friends and the Japanese people.”

“Taiwan and Japan are both democratic countries with the rule of law, and our government severely condemns violent and illegal acts.”

South Korea president Yoon Suk-yeol: “I send my condolences to the bereaved families and Japanese people who have lost the longest-serving prime minister and respected politician in Japan’s constitutional history.”