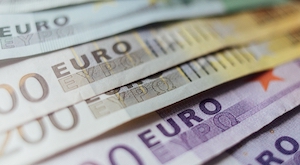 The Eurozone’s annual inflation rose to a record high of 8.1% in May, up from 7.4% in April, according to a flash estimate from Eurostat, the statistical office of the European Union.

The news intensifies the debate at the European Central Bank about how quickly to raise interest rates from the record lows of recent years.

Some analysts said the news could influence the ECB at its meeting in Amsterdam next week to raise rates at a more aggressive pace than currently expected.

The ECB is preparing to raise borrowing costs for the first time since 2011.

“The ECB won’t hike next week, but the pressure will continue to build for a 50 [basis point] move in July,” said Pictet economist Frederik Ducrozet.

The ECB has signaled that it would start raising rates in July, with incremental interest rate hikes.

“Normalization has a natural focus on moving in units of 25 basis points,” said Lane.

“Our current assessment of the situation, where we think the medium-term inflation outlook is in line with our 2 per cent target, calls for a gradual approach to normalization.”

ING economist Bert Colijn said: “[A] broad-based surge in inflation — with core now at 3.8 percent — is adding pressure on the European Central Bank to act quickly.”