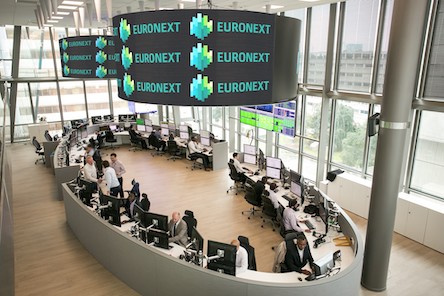 Stock markets operator Euronext said on Thursday it was open to transformational deals in a bid to boost its dominance in the European capital markets union, Reuters reported.

Among bolt-on acquisitions, Euronext said it was interested in investing in post trade services, new asset classes in commodities and advanced data services, such as new ESG-based indices.

Euronext, which operates stock exchanges in Amsterdam, Brussels, Dublin, Lisbon and Paris, also said it aims to reach an organic EBITDA margin above 60% in 2022 which would compare with a pro-forma EBITDA margin of 57% in 2018.

It said it had several hundreds of millions of euros available for acquisitions and could possibly tap equity markets to bring its potential budget up to more than 2 billion euros for a business that would “transform its revenue model.”