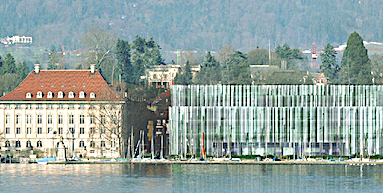 UPDATE 3 — Swiss Re announced on Thursday the suspension of its plans for a $4.1 billion initial public offering (IPO) of UK life insurance consolidator ReAssure on the day it was set to start trading in London, citing weak demand from institutional investors.

“This action is in response to the heightened caution and weaker underlying demand in the UK primary market from large institutional investors,” said Swiss Re.

ReAssure is a consolidator of closed-book life insurance businesses, managing existing policies until maturity without being open to new contracts.

Consolidators including ReAssure and Phoenix Group Holdings have been snapping up portfolios from insurers who baulk at the challenge of managing the policies amid often rising costs.

Under the IPO plans, Swiss Re would have cut its stake in ReAssure to below 50% from 75% and Japan’s MS&AD Insurance Group Holdings intended to keep its holding at 25%.

Swiss Re’s group chief financial officer John Dacey said: “While we firmly believe that the long-term interests of ReAssure are best served by a more diversified shareholder base, there has been no pressing need for Swiss Re to divest shares at a price that we consider to be unrepresentative of ReAssure’s value and future prospects.

“We retain our objective to reduce Swiss Re’s ownership in order to de-consolidate ReAssure.

“In the meantime, Swiss Re and MS&AD remain fully committed and supportive of ReAssure and its management team, and will participate in future acquisitions in line with their respective shareholdings.”

Swiss Re said further public statements will be made if and when appropriate.

The IPO cancellation came as global share listings hit their lowest level in three years in the first six months of the year amid a prolonged slowdown in Europe.

“Our judgment is that the market environment is at least as good as it has been for at least the past year,” analysts at Keefe, Bruyette & Woods said in a report.

“We are not sure if there is some alternative explanation behind the scenes.”

It hired Credit Suisse, Morgan Stanley and UBS to work as joint global coordinators, while BNP Paribas and HSBC acted as joint bookrunners.