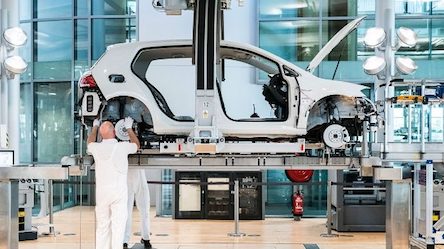 The German labour market will be short of up to six million people in 2040 compared to 2018, according to research by Deutsche Bank.

“The coincidence of a shrinking labour force and strong immigration primarily results from the upcoming labour market exit of the baby-boom generation.

“This major demographic event implies fundamental changes for the economy and the social security schemes in Germany.”

The research shows that while there are more and more pensioners in Germany, the number of those aged 20 to 66 will decrease strongly.

“In order to prevent harmful losses in know-how and to avoid an ongoing productivity decline, all parties involved have to take appropriate countermeasures.

“Public authorities and businesses should intensify investment in education and training as well as continuing education.

“Life-long learning has become a major issue for the citizens, given the revolutionary technological change from digitalisation.

“In addition, companies should facilitate the transfer of knowledge and know-how among the generations.

“Regarding the necessary immigration of qualified labour it would be wise to clear obstacles such as the still complicated and demanding procedure for the acceptance of foreign qualifications and to enhance Germany’s attractiveness for brilliant minds.

“Germany as a production location and the social security schemes could reap a multiple dividend if the retirement age was tied to the development of the life expectancy, as in Denmark and other countries.”

The Deutsche Bank research also noted: “In Germany, a decline in the labour force is inevitable.

“This can be seen from the recently published official 14th population projection.

“In this projection, the Federal Statistical Office took into account the past years‘ massive immigration.

“The impact is impressive.

“In the next few years, the number of inhabitants will increase by about 1 million to approx. 84 million – a new record high.

“Under plausible assumptions regarding future immigration (i.e. in the volume close to the past 20-year average – 268.000 p.a.) this number will decrease only slightly in the next two decades.

“While there are more and more pensioners in Germany, the number of those aged 20 to 66 will decrease strongly …”